In the past two years, metal mobile phones have become a hot spot in the industry, and they are more and more widely used in consumer electronic products. This article introduces several metal processing technologies and related product applications in detail.

3. One die casting: Samsung A7 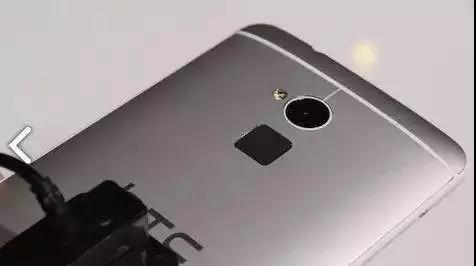 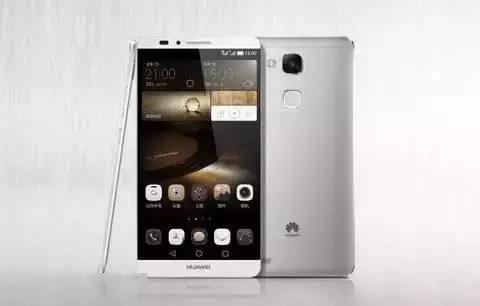 
Casting is a metal thermal processing technology mastered by humans earlier, and it is one of the basic processes of the modern machinery manufacturing industry. The casting blank is almost formed, so as to achieve the purpose of free machining or a small amount of machining, which reduces the cost and time to a certain extent.


Metal casting is to inject molten metal into a hollow mold made of high temperature resistant materials, and condense to obtain a product of the desired shape; the obtained product is a casting. 
1. Gravity Casting | Gravity Casting
It refers to the process of injecting molten metal into the mold under the action of the earth's gravity, also known as casting. The molten metal is generally poured into the gate manually, and the product is obtained by filling the cavity, exhausting, cooling, and opening the mold by the molten metal by its own weight.
Gravity casting has the advantages of simple process, low mold cost, few internal pores, and heat treatment.


Under the action of high pressure, the liquid or semi-liquid metal fills the cavity of the die-casting mold (die-casting mold) at a high speed, and is formed and solidified under pressure to obtain a casting. 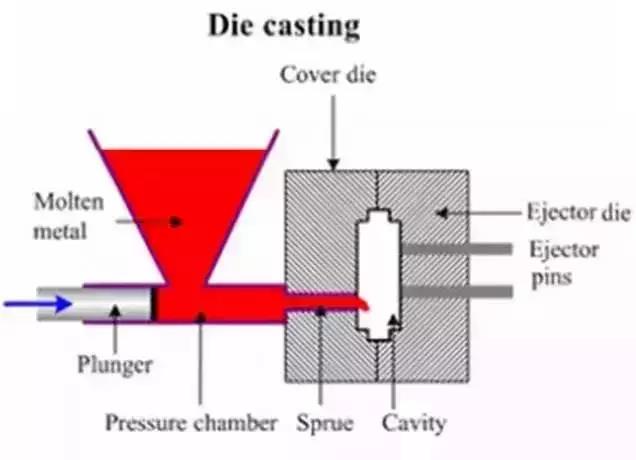 High-pressure casting can quickly fill the mold, with extremely high production efficiency, good product compactness, high hardness, and good surface finish, and can produce parts with relatively thin wall thickness; at the same time, due to the use of high-pressure air for filling, there is a lot of gas involved in the interior, which is easy to produce. Because pores are formed inside the product, heat treatment is not allowed (the internal gas will expand during heat treatment, resulting in defects such as bulging or cracking of the product) and post-processing with excessive processing volume (avoid penetrating the surface dense layer, exposing subcutaneous pores, cause the workpiece to be scrapped).

However, the ordinary aluminum die-casting process has the problem that it is difficult to perform smooth aluminum oxide film treatment. The reason is that silicon is added to the raw material in order to improve the flow through all areas of the mold. Therefore, if you are coloring an aluminum die casting, it may lose its premium feel after painting because it looks like plastic.


The die-casting process is applied to mobile phones, but because the surface cannot be anodized, most companies use spraying treatment, such as the latest Meizu Metal, as shown in the figure below.
Recently, Japan's OTAX Corporation (OTAX) announced the development of a low-cost die-casting process to achieve smooth aluminum oxide film treatment, enhance the sense of high-end products, has been applied to mobile phone shells and headphone parts, the following picture shows the Danish Bang&Olufsen company using aluminum die-casting process production headphone parts.


Forging is one of the metal pressure processing methods. It refers to a processing technology that uses pressure to change the shape of metal raw materials to obtain forgings with certain mechanical properties, certain shape and size.
Forging classification

The same method is used for hammer forging or forging iron, which is to heat the workpiece to the forging temperature and forge it between the flat hammer and the drill plate; small pieces can be called iron forging by hand; for large pieces, a steam hammer (Steam Hammer) must be used, as follows picture. Among them, the work object is placed between the drill plate and the flat hammer. As for the structure of the steam hammer, it depends on the forging capacity. The light type is a single-frame type, and the heavy type is a double-frame type.


2. Drop Hammer Forging | Drop Hammer Forging
The difference between drop forging and plane forging is that the hammer of drop forging has a cavity, and the workpiece is subjected to two pressures or impact forces in the cavity, and then plastically deforms according to the shape of the cavity. As shown in the figure below, in order to make the flow energy of the metal sure and sufficient, the forging is often divided into several stages, and the change of each stage is gradual, so as to control the flow direction. As for the number of stages, it depends on the shape of the forging. And size, metal forgeability and workpiece dimensional accuracy requirements.

Pressure forging is a forging method in which the metal is extruded in the die with slow pressure. Since the metal is subjected to force for a long time, the extrusion effect is not only on the surface of the forging, but also on the center of the workpiece. Therefore, , can achieve the effect of internal and external uniformity, and the quality of its products is also better than that of hammer forging.

Forging is used in the process of mobile phone casings, which can effectively reduce the time of CNC, so that the cost is relatively low; and aluminum alloys with an aluminum content of more than 95% can be selected for anodizing. Manufacturing process: firstly obtain thicker mobile phone structural parts by forging; then CNC mill out the unnecessary parts; NMT obtains metal + plastic integrated structural parts; anodized surface treatment; and finally gluing the antenna cover.


Such as OPPO R7/R7 PLUS, as shown below 4. Forging or end press forging | Upset Forging
Forging or end press forging is usually forged or shaped for one end of a uniform long rod, as shown in the figure below. The long rod is clamped in the mold, one end of the rod is heated to a high temperature, and its axial direction is followed, and then the end is pressurized to make it rough or shaped.


The principle of roll forging is shown in the figure below. Use two non-100% round rollers (with a diameter reduction rate of 25~75%, the rest can be cut into grooves as needed), send the rod material between them and clamp them, and then continue to rotate to make the rod The material is rolled and pressed, so that the diameter is reduced and pushed forward; when the roller is turned to the opening position, the rod material can be drawn back to the original position for the next rolling cycle, or sent to another groove for another a construction.

Metal punching is a metal cold processing method, also known as cold punching or sheet metal punching. With the help of the power of punching equipment, the metal sheet is directly formed by force in the mold. The punched parts are widely used in automobile parts manufacturing and Manufacture of household appliances. 1. Fix the metal plate on the mold table
2. The upper punch falls vertically, so that the metal plate is formed under force inside the mold
3. The punch rises, the parts are taken out and wait for the next trimming and grinding process, the whole process is about 1s-1min


The recently launched Redmi Note 3 uses a metal back cover made by a stamping process.

One of the direct benefits of stamping is cost savings. It does not require nano-injection molding, and is directly anodized after grinding. Mass production ramps up quickly; but the disadvantage of this technology is that the upper and lower ends of the fuselage must be plastic spliced. Can not do complex internal structure, can only be used for the back cover.


CNC is commonly known as "CNC machine tool", which is an automated machine tool controlled by a program. The control system can logically process programs with control codes or other symbolic instructions, and through computer decoding, the machine tool can perform the specified actions, and a piece of original metal plate is processed for a long time, and finally made into the desired shape.


CNC metal one-piece molding, that is, the Unibody one-piece body technology. It was first used in Apple's iPod, iPad, and MacBook, and finally realized in the iPhone5 generation, which began to lead the frenzy of all-metal mobile phones.

In order to obtain a higher quality appearance, surface treatments such as anodizing, sandblasting, polishing, etc. will also be carried out, resulting in a unique color and smooth touch. 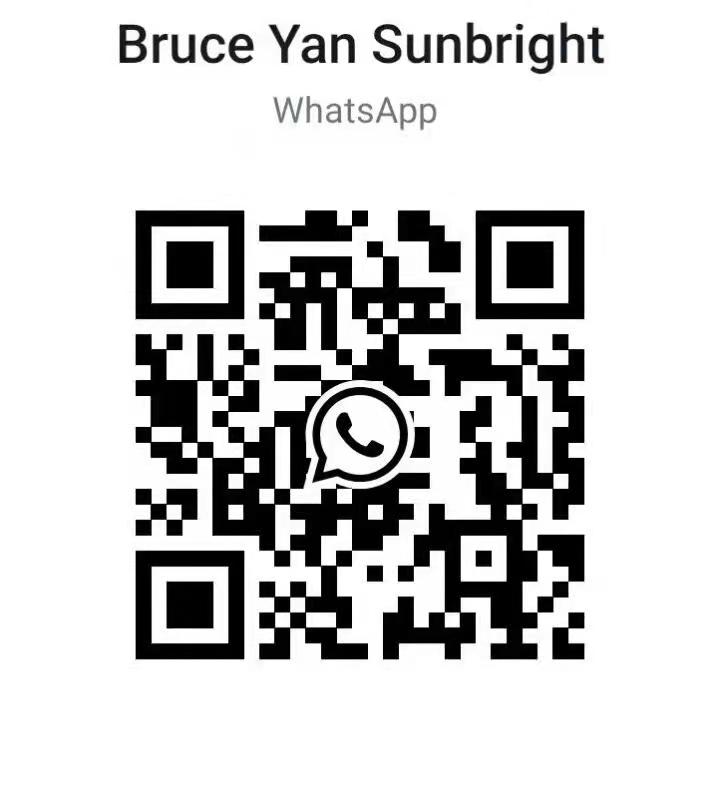